Experience the ultimate dart blasting with Adventure Force Rebel Mech. If you are tired of reloading every few blasts or losing matches because your darts never reach their targets, we have the solution for you!

Adventure Force Rebel Mech with its rapid-blast 30 count dart drum allows for continuous fast-paced dart blasting action, so you can forget about running for cover and losing your tactical advantage just to reload. Instead, unleash the endless frenzy of darts on your opponents until you are victorious.

Power up and step up your game!

Note: Adventure Force Rebel Mech automatically readies the next dart after the previous one is blasted; simply squeeze, release, and squeeze again to watch them fly. To unload the dart drum, push the dart drum release button and pull out the dart drum from the blaster.

No target is too far away

Whether you feel like staying home or turning your backyard into an epic arena, you can enjoy fun, competitive blasting to dominate friends and family. Adventure Force Rebel Mech’s detachable dart drum holds 30 long-distance darts for non-stop action-packed with adrenaline and excitement. This easy-loading, motorized dart blaster will hit your target up to 100 feet away.

Adventure Force Rebel Mech has the size and the power to overwhelm and impress every competitor and features fast blasting with no priming, which is bound to make you the ultimate winner in every area.

Adventure Force Rebel Mech was designed to be easy to use, which makes it a great gift idea for newbies, dart blasting enthusiasts, kids, grownups, and experienced pros alike.

This blaster is recommended for children 8 years of age and older. To avoid injuries, never modify darts or parts of the blaster. The foam dart is made of high-quality soft foam, tested for quality and safety, and designed for the longest blasts ever, but should not be shot in the face without wearing protective glasses. 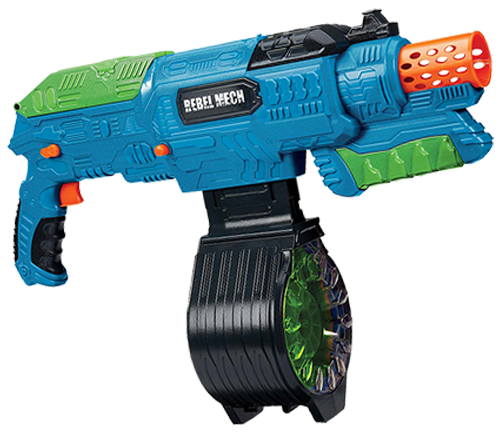 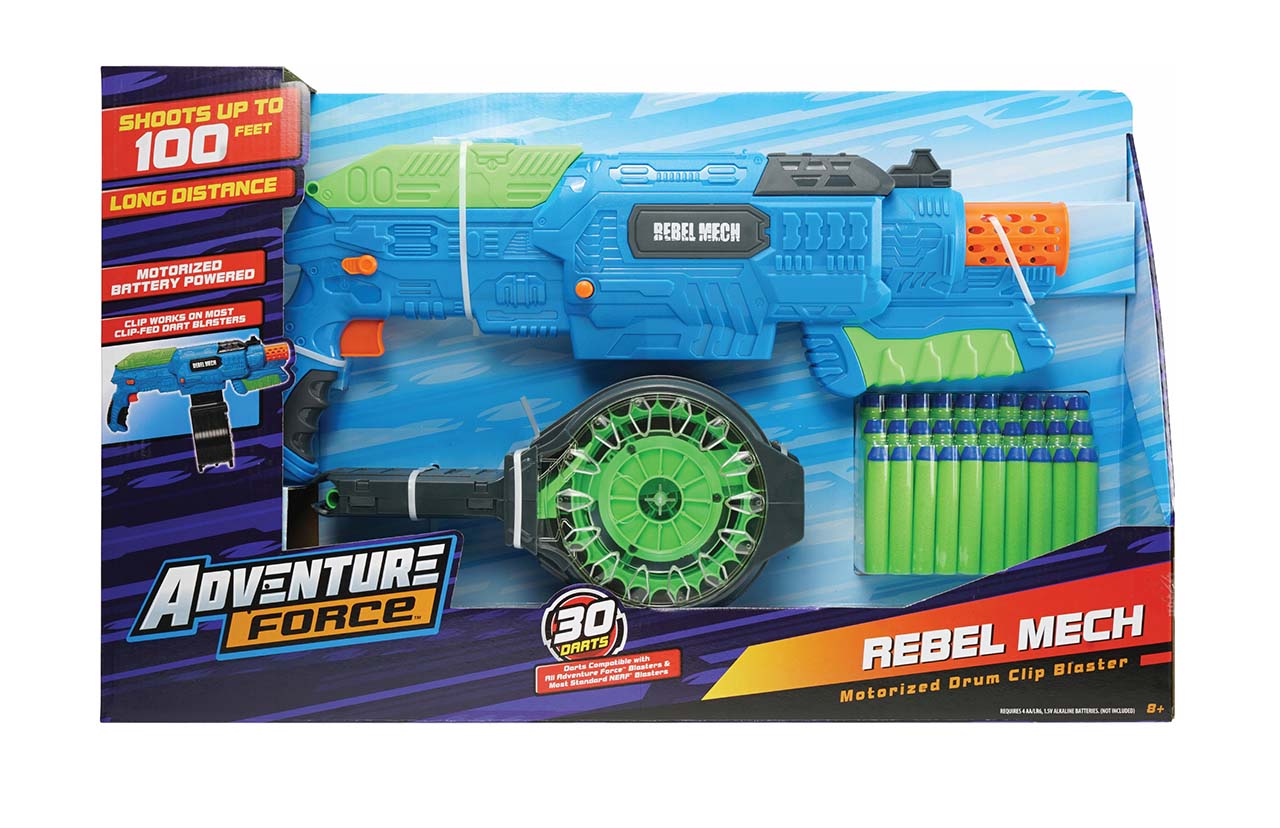 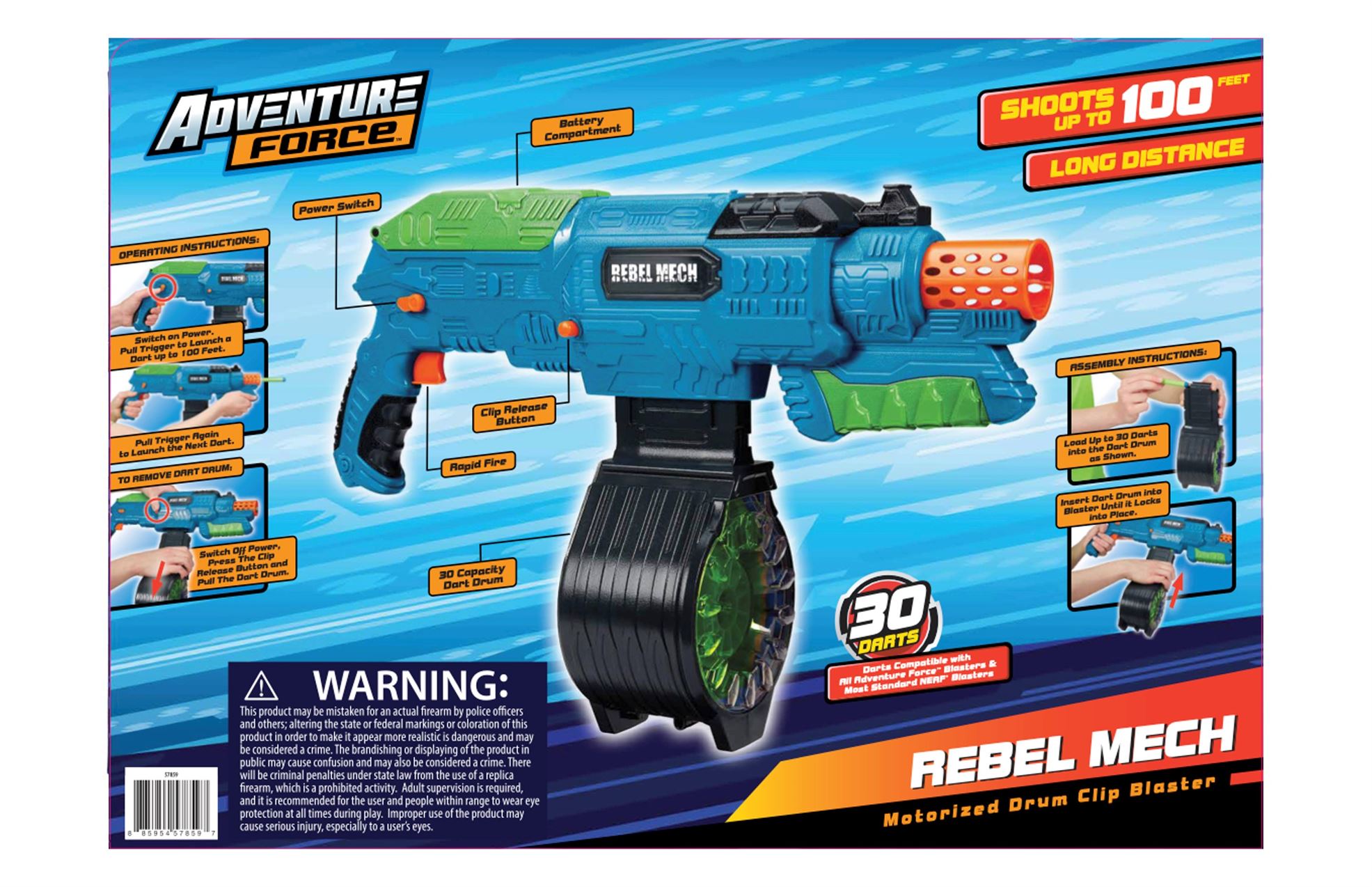 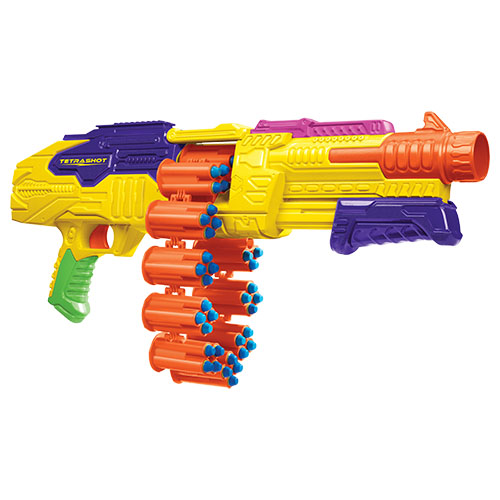 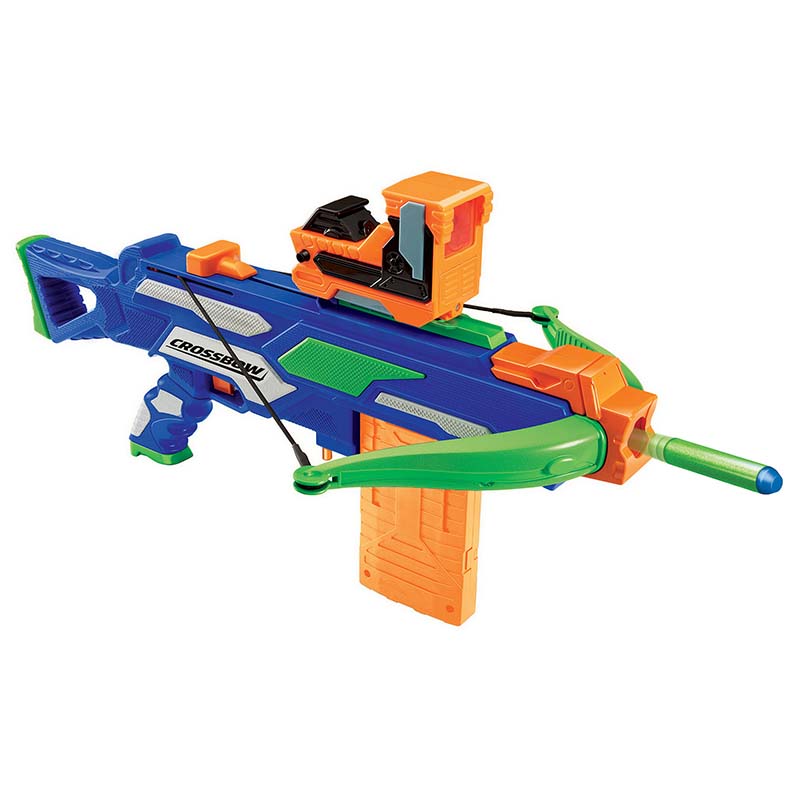 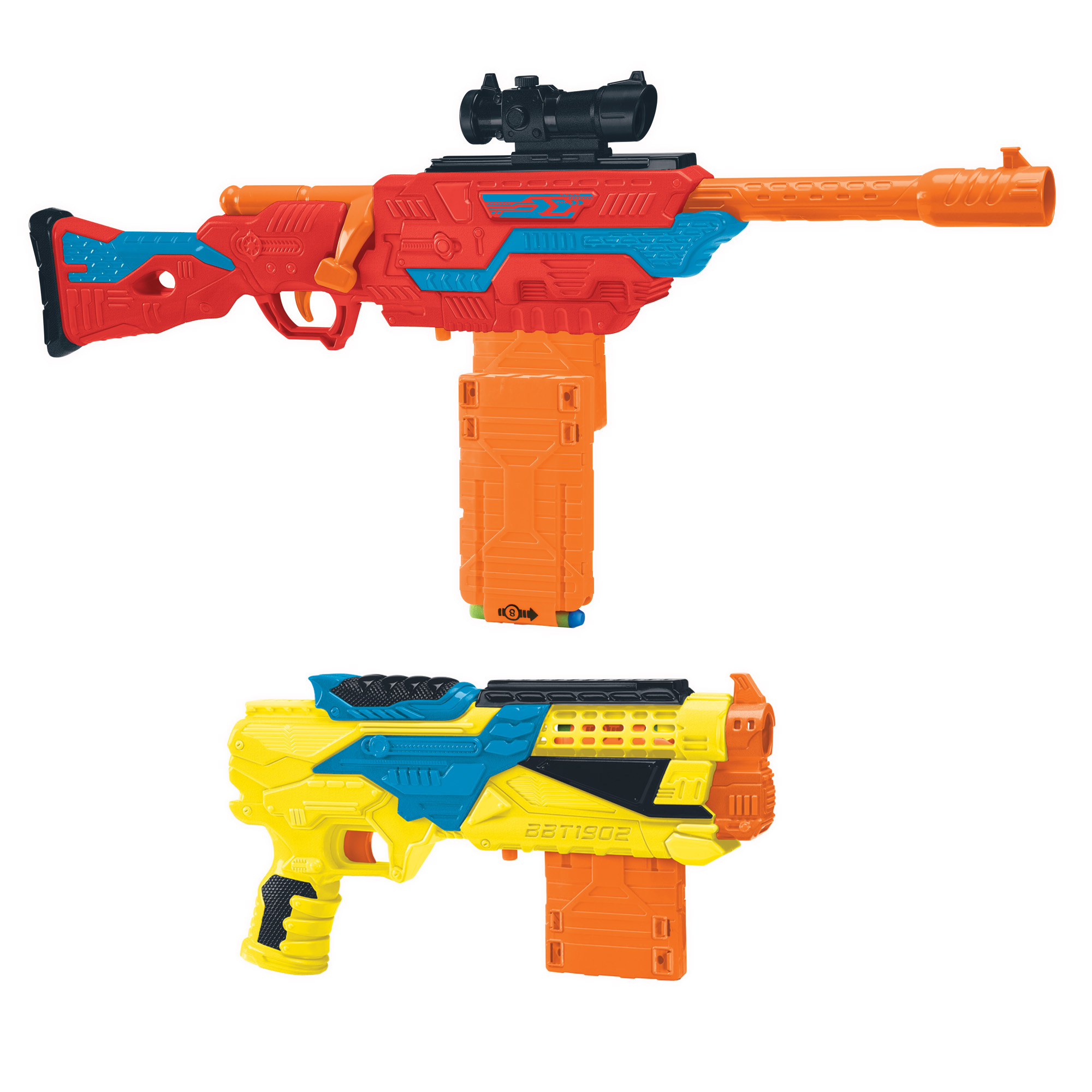